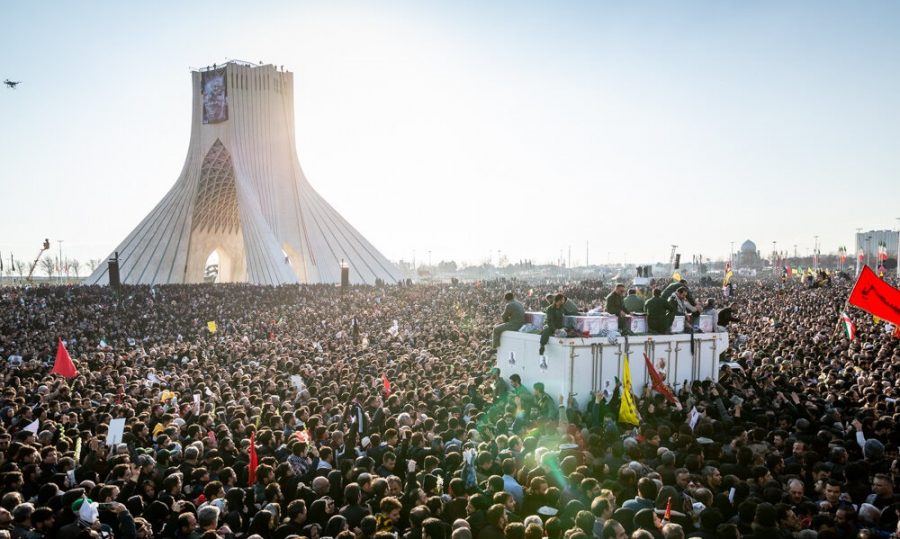 This year has started off with World War III memes. Are they just speculation, or should American citizens be prepared?

Trump made the decision to kill Suleimani due to his threatening behavior in the Middle East, and what that behavior might result in. The airstrike took place at the Baghdad International Airport early in the morning on Jan. 3.

The meeting determining what to do about Suleimani was held in the Situation Room in the White House. Among various officials present were Gina Haspel, the Director of the CIA, and Mike Pompeo, U.S. Secretary of State and “a driving force in the Trump administration’s Iran policy,” according to the New York Times. Both strongly advised Trump to take action against Suleimani.

Pompeo “had played an instrumental role in bringing Mr. Trump to the crisis point” and “Ms. Haspel had advised Mr. Trump that the threat the Iranian general presented was greater than the threat of Iran’s response if he was killed,” the Times reported.

Her role was also large in this meeting as to whether or not the United States should kill Suleimani; asshe believed that “killing him would improve—not weaken—security in the Middle East,” the Times said.

Haspel predicted, according to the Times, what the Iranian retaliation would look like. “A missile strike from Iran to bases where American troops were deployed.” A similar  situation that appeared to be playing out just a few days after, when, according to the Times, “around 5:30 pm in Washington, the Pentagon detected the first of what would be 16-short- and medium-range Fateh 110 and Shahab missiles, fired from three locations in Iran” into Al Asad, the American air base in Iraq.

In the retaliatory attacks at Black Hawk helicopter and reconnaissance drone were hit, as well as parts of an air traffic control tower and some tents. No fatalities were reported.

Another set of missiles were fired into Erbil, an air base in northern Iraq. Located there is a Special Operations hub holding American and allied troops, logistics personnel, and intelligence specialists that have been a part of the fight against the Islamic State for years. The damage done there is still be determined, but no one was killed or injured.

Some have questioned the minimal damage done by Iran’s response, but Trump made a statement, saying that it was due to the “precautions taken, the dispersal of forces and an early warning system that worked very well,” the Times reported.

Mike Pence, Vice President of the United States, also made a comment about the bombings. “We’re receiving some encouraging intelligence that Iran is sending messages to those very same militias not to move against American targets or civilians,” he said, “and we hope that that message continues to echo.”