The Biggest Sports Rivalries on Campus 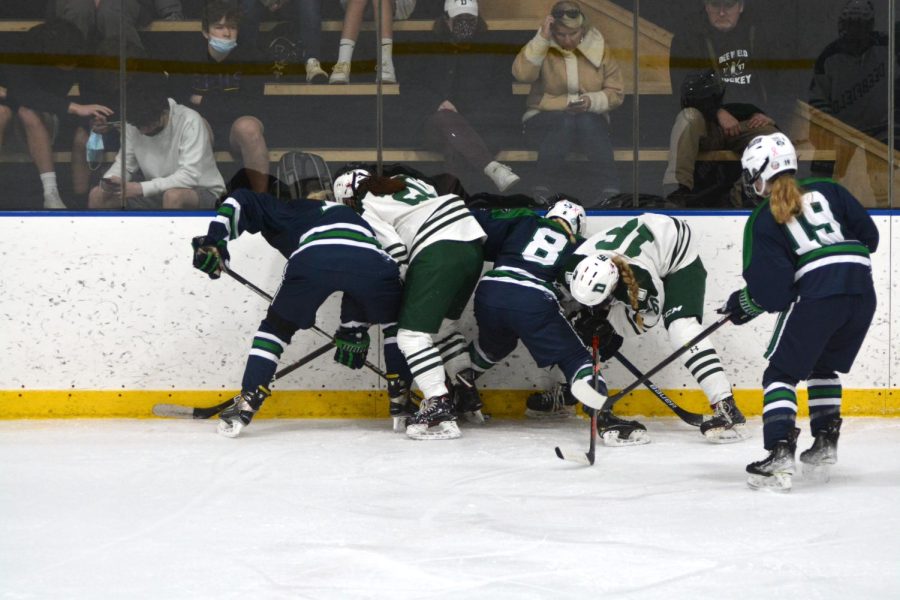 From the UNC and Duke, to the Red Sox and Yankees, rivalries are everywhere at every level.

Because Williston is arguably the most centrally located prep school, several rivalries exist between Williston’s many teams and those of nearby schools. With many schools, including Loomis Chaffee, Deerfield Academy, Suffield Academy, Westminster Academy, and Northfield Mount Hermon within driving distance, there is a great deal of opportunity for competition.

Mark Conroy, the Athletic Director, said that while the overall rivalries differs from sport to sport, he believes Suffield is Williston’s biggest competition.

“We cross over and play in the vast majority of sports. We are 30 minutes away and have a long history of having competitive contests. Other local schools that are rivals are WMA, Berkshire and Deerfield, depending on the sport,” he said.

Jules Constantinople, a four-year member of the Girls Ice Hockey Team from East Haven, Conn., said that for the hockey team, Kent and Nobles are their biggest rivals.

“I think they are two very good schools and they bring a lot of good competition against us, especially Nobles,” Jules explained.

Ava Larkin, a six-year senior captain of the girls swim team, said that their biggest competition is both Suffield and Miss Porters.

“Suffield for in-season and Miss Porters for post season.”

Anna Sawyer, a sophomore Captain of the Girls Basketball team, additionally explained why Suffield is their biggest rivalry and the background behind this competition.

“Every game is competitive and when I was in 8th grade we beat them in both games in double over time,” Anna said. “Every year it is the most competitive and intense game we play all season.”

“They come into games with a lot of edge and aggression which triggers intense competition,” Adam explained.

“Every time we have face them, it brings us to play the best game possible,” Abby said.

Abigail Touhey, a six-year senior Captain of the Girls Cross Country and Track teams, added that Suffield, too, is their biggest running rivals.

“Not only because they have been a historically competitive team that has resulted in some close races but also because Mrs. McCullagh [the assistant coach] used to coach the Suffield boys team,” she said.

Grace Bean, a six-year senior captain of the Girls Varsity Lacrosse Team, said that Deerfield is their biggest rival.

“We only lost to them by two goals last year,” Grace explained. “With the skill, grit and hard work of the team we have this year, I am very confident that we have an even better chance of beating them this year.”

Jack Haddad, a senior Captain of Boys Varsity Lacrosse, explained that Pomfret is their biggest rivalry due to the consistent intense competition.