The Benefits of Living with a Roommate 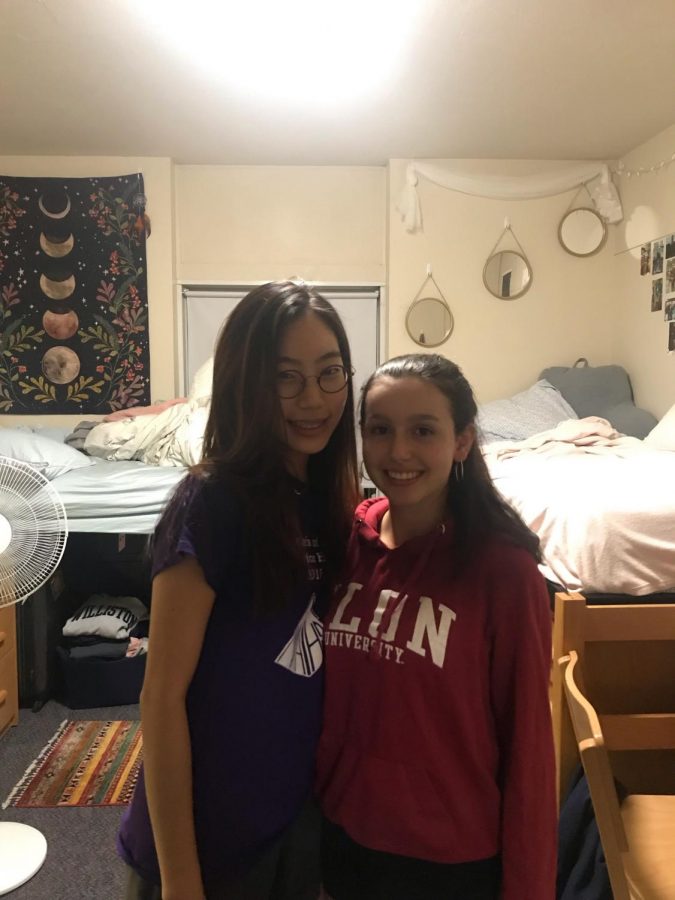 Sharing a space with someone for a whole academic year requires communication, cooperation, and respect, but living harmoniously results in a wide array of positive influences on one another. The experience of being paired with a roommate enables a student to fight loneliness, have a talking buddy, and form long lasting relationships, according to several students on campus.

Williston is similar to college when it comes down to the living situation; school statistics reveal that 70% of the students are boarders.

Grace O’Keefe ’21, from Branford, Connecticut, joined Williston sophomore year and her roommate left after the second week of school due to difficulty adjusting to a boarding lifestyle.

“I didn’t really like it being new and everything,” Grace explained. “I kind of wished I had that one support person to just ask ‘how was your day,’ or ‘good night,’ and that was hard.”

Sharing a room is relatively intimate; your relationship with your roommate has a direct correlation with your mental state. A roommate can play a vital role in observing your day-to-day and hour-to-hour differences, so there’s always someone who checks in on your well being

Grace now lives with Na Kyung Lee ’21 in Memorial Hall East. She feels that when she is faced with a heavy workload, something she is able to look forward to is coming back to her room and being able to talk it out.

“I really like it so far, it’s nice having a person to turn to if I’m having a rough day, they are just there,” explained Grace. “Having a roommate helped me stay a lot more organized cause I finally have to clean my room for someone other than myself and it’s nice to have someone to talk to on days when I’m not feeling well.”

At Williston, a big privilege of holding the proctor position is getting a single room; however, Sarah Kimmel ’20, a proctor in Memorial Hall West, chose to continue living with her junior year roomate, Mariel Sutinen ’20.

“I really like my roommate and I think I’d get really lonely if I didn’t have a roommate because I just really like people and it forces me to have discipline in my life,” said Sarah. When an international student is paired with a domestic student, finding a place to spend time during school breaks is a piece of cake. Mariel, from Finland, spent her Thanksgiving break at Sarah’s house her junior year and intends on doing it this year too.

“I didn’t have the option to go home during Thanksgiving break,” Mariel told The Willistonian. “It’s so nice when your roommate just invites you because she knows you can’t just fly over to Finland because it’s so far away for such a short break.”

In the case of new students, it is a suspense and mystery-filled quest to step on campus and be forced into a space with a complete stranger. However, the Admissions Team focuses on maximizing compatibility to smoothen each student’s transition.

The Willistonian interviewed Ann Pickrell, Assistant Head of School, to learn in depth about the process of pairing new students over the summer. New students are required to fill out a questionnaire, she explained, which aids the process.

The pairing process aims to allow students to share a room with someone who has a different personality.

Living with a person forms a powerful friendship bond that, in some cases, lasts longer than high school. Punn Phentrakul ’19 and Maura Holden ’19 were four-year roommates.

The Willistonian spoke with Punn over text message about her experience of rooming with Maura.

“Maura was always there to support and comfort me, I would visit her place every spring long weekend and her family made me feel at home.”

After graduation, Maura booked her flight to visit Punn in Thailand, ensuring that their friendship continued even after they received their diplomas.

“I was so excited!” Punn said. “I felt so happy that I finally got to introduce her to my family and friends back home, and share Thai culture and spend time with her in my own country.”