The Appeal — and Taboos — of Thrift Store Shopping 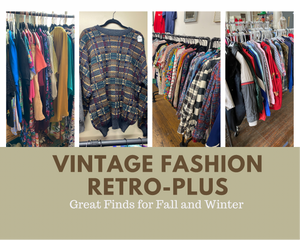 Thrifting is common practice in the Pioneer Valley, but for some students on campus, it’s a foreign concept.

Now more than ever people are beginning to see the value in shopping for clothes second hand; it cuts down on fast fashion and for the most part is cheaper. But many people also have ethical questions. What effect does thrifting, because it’s trendy, have on communities that rely on thrift stores because they can’t afford to by clothes elsewhere? The idea of buying clothes second hand also differs based on culture and where you live in the world, making it harder to pinpoint it as the world’s solution to the waste and questionable labor practices around fast fashion.

For most of history, it was unthinkable to waste anything, including clothes. If a clothing item got too worn out there was always opportunity to turn it into something new, as materials to make clothing were harder to come by and more expensive.

However, according to TIME Magazine, this changed after the Industrial Revolution, which “introduced the mass-production of clothing, changing the game. The more affordable it became to buy new clothes, the more people thought of clothes as disposable. As urban populations grew, the size of living spaces shrunk, and more possessions were being thrown away. In addition to improved waste management systems, pawnshops and scrap materials sprung up during this period in an effort to find new uses for these items.”

After that the sale of second-hand clothes took off, religious groups such as the Salvation Army and Goodwill dominated the industry.

According to TIME, “By 1935, there were nearly 100 Goodwill stores nationwide, and thrift stores made up half of the Salvation Army’s annual budget by the time of the 1929 stock market crash.”

This stock market crash lead to the Great Depression and was followed by World War II. These hard time in American history left many people in the United States short of money, which led to a bigger boom in the second-hand clothing business. Now, buying second hand, vintage clothes is a regular practice all over the world.

Beverly Rosenthal, the owner of Vignette Studio and Exchange in Easthampton, Mass., described what differentiates her store, and vintage stores like it, from thrift stores.

“I distinguish vintage from resale in the sense that I see vintage more from a set period, where as thrift stores normally carry a less curated set of items,” she said.

Along with the history of being a popular and useful way to shop, however, thrifting carries some stigma with it.

Senior boarder from Seoul,. South Korea, Hannah Choi, said, ” I think there is definitely a stigma around thrifting because all the items are used. For some people they might think that it’s dirty or they would rather have something brand new.”

She then went on to say how different the culture around thrifting is in the United States, opposed to in South Korea.

“South Korea thrifting isn’t very popular and the only second-hand shopping you can really do is vintage, but it is very expensive and usually designer brands,” she said. “When I came here [to the United States] it was definitely more popular. I think thrifting has really become a trend now among teenagers.”

“I think the United States is definitely a country where the stigma around thrifting has been broken down,” Sarah, a boarder from Great Barrington, Mass., said. “Thrifting has breached all demographics in the United States, while in other countries it may be seen just for low, income people making it seem taboo.”

Although there can be stigma surrounding thrifting, Sarah urges everyone to explore it as an option.

“Fast fashion is killing the planet as we enter an age where convenience is the only thing that’s valued,” Sarah said. A good way to combat this is by buying clothes that can be reworn.”

Sarah prefers shopping at Catwalk in her hometown of Great Barrington, Mass, which she said donates all profits to finding homes for cats.

Senior day-student Sofia Michalski recommends Redthreads in Shelburne Falls, Mass. Amelia Carlan class of 21, prefers Wonderland in Easthampton. And for me, I always find myself at Keystone Vintage Market in Easthampton, formerly called Vintage Cellar East, which was located in Northampton.