Teams and Their Traditions 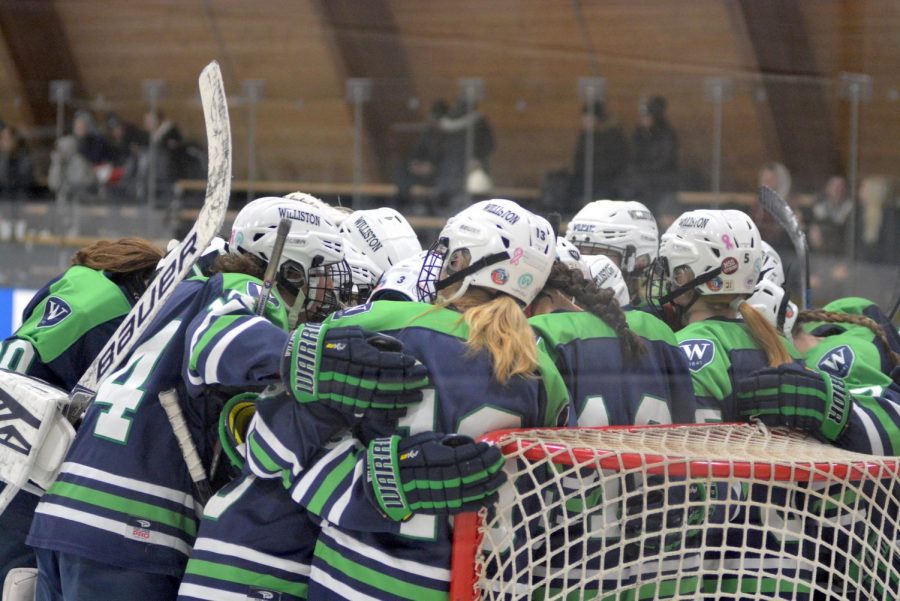 Some of the most famous team traditions throughout the world have been soccer celebrations, such as a train and the classic team grass slide. Football teams also have their own traditions when it comes to game days and touchdown celebrations.

And Williston is no different. This year alone, many different Williston teams have showcased their own sporting traditions. It could be anything from a team lunch to even meditation. These traditions are performed in the locker room, and the field or court, or before teams get to their venues. Most traditions on the Williston campus happen on game day, and some are spectacles to watch.

The football team has a rather harmonious tradition according to class of ’20 lineman, Dom Behrans. “After every win, we sing, Ain’t No Mountain High Enough,” [by Ashford & Simpson] with Coach Beaton in the middle,” he said.

The Boys Hockey team have a few good team traditions they follow, according to Assistant Coach Kyle Hanford.

“After wins we sing ‘Sammy’ in the locker room,” he said. “It’s started by the person who gets the game puck.” The game puck is given to the player who played the best on the day.

After wins, the team, according to Hanford, also rings the bell in numerical order by jersey.

The Girls Basketball team has a few team traditions according to class of ’22 guard Christina Negron. “Every game day we have a game day lunch or brunch before the game,” she said. “In the team room, we all have our same seats that we always sit at. We’ve never done that before but we just started doing that this year.”

“Mr. Gunn brings brownies to the first game and throughout practices, and for the senior gifts, he gives all the seniors brownie mix,” she said.

On a more serious note, “After the game, we huddle together on the court and make sure that we are the last team to leave the court, and we cheer last,” she stated.

The swim team has had a tradition that has been around for a while now, according to senior swimmer Nikki Foster. “Our tradition is to bring our spray-painted shovel to all of our swim meets because our motto is to dig deep,” she said.

According to Coach Koritkoski, the team tradition started last year.