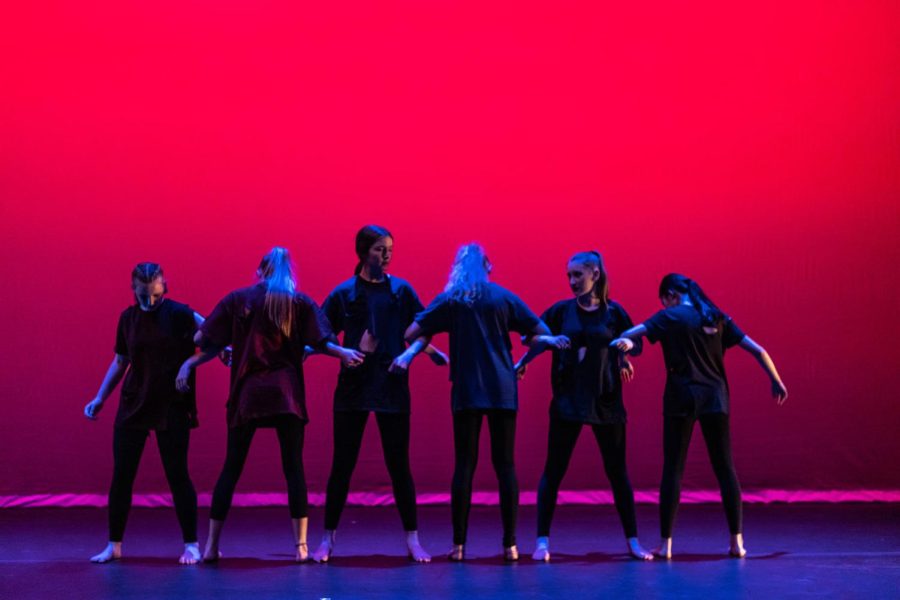 If you have been hearing music in Reed, then you must know that the Dance team is scrambling and working to put on the annual Spring Dance concert on May 13 and 14. Another successful and beautiful show will display the many talents Williston students possess.
This Spring, 13 dancers will perform a total of 16 impressive dances. Seven are student choreographed, while the other six are choreographed by Williston’s Dance instructor Noel St. Jean and one guest choreographer, Jillian Dietz ’21. There will also be a collaborative special senior piece.
This year’s show, “Unwritten,” will consist of styles ranging from contemporary, jazz funk, tap, Chinese classical, and ballet. With the help of the Tech Theatre department, the show will feature an interactive projected wall the dancers will incorporate into their pieces.
Adeline Hume ’22, one of the three Dance Captains, has been participating in the Dance program since middle school, and will be performing one last time as a Williston ensemble dancer.
“My dance, called ‘Drink Before The War’, is a contemporary piece,” she said. “I am definitely really sad that is my last concert I will be performing in, because I have been dancing at Williston since 7th grade for two seasons every year. I am very nervous for the show because we have one week less than we were scheduled to prepare for the show. I am mostly sad, but also very nervous.”
Adeline plans to attend Syracuse University in the Fall, but does not plan to dance anymore, making her last time dancing that much more special.
Poppy de Luzuriaga, another senior Dance Captain, is also once again putting her own choreography into the show.
“My dance is called ‘The Broken American Dream’, and it is about a bunch of people in an asylum, because their efforts to achieve the dream have driven them to insanity,” she said.
Poppy has been a part of the Williston Dance Ensemble since 9th grade, for two seasons every year.
“It’s really sad to leave the Dance team after this year because I have made some really great connections with people,” she said. “It was the first time I really felt like I was a part of something. I am still excited though because I want to make this show the best one we’ve ever done! We are also trying out a new concept that people haven’t seen much before, so I am excited to see people’s reactions!”
Charlotte Zeng, a sophomore from Beijing, has been a dancer since she was young.
“I’ve been working really hard because it’s my lifelong passion.” she said. “I’ve danced for 13 years, I basically [have been] dancing my whole life.”
Charlotte also choreographed a piece for the show.
“My dance is called ‘Bones’, and it is a contemporary piece,” she said. “It tells a story about how we’ve been through hard times in life but eventually fight back and live towards the light.”
Belén Degener, the third senior Dance Captain, has been in the Williston Dance Ensemble with co-captain Adeline since middle school for two seasons every year. She says her final performance is a mix of emotions.
“As a captain and someone that has been dancing in this program for six years, it’s really bittersweet being a part of my last show,” she said. “It was a really cool experience to be able to see the older kids and aspire to be like them, look up to them and then become their age, and feel what it’s like to hold a leadership position on this team and be someone that people rely on.”
Belén says that the dance program means a lot to her, and has formed who she is as a person; it helped with her confidence in dance and other aspects of life.