Snapchat, TikTok, and the Social Pressures of Teen Life 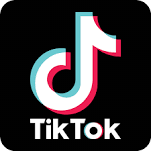 It’s hard to grow up. Social media may be making it harder.
Instagram was created in 2010, Snapchat and Tinder soon after, in 2011 and 2012 respectively. It’s hard to ignore TikTok’s climb to fame in the past two years, especially for teens. The intense flow of constant information and news has become increasingly overwhelming for everyone, but it’s even more intense for teenagers.
Teenagers now experience higher rates of depression and anxiety than ever before, with NPR stating, “A coalition of the nation’s leading experts in pediatric health has issued an urgent warning declaring the mental health crisis among children so dire that it has become a national emergency.” But how much is dedicated to the rising popularity in social media? How much has being a teenager changed from fifteen years ago?
Social media has its downsides, but one thing that it has given young people is access to a global network and unlimited perspectives, all with the touch of a button.
Wendy Staples, an Art teacher who grew up when social media wasn’t so prevalent, said she feels “social media has given students a broader view of the world.”
She then reflected on her teenage years. “You had your friends that you hang out with from high school, and you learned things from them about relationships and style, and then there was just TV and some magazines,” she said. “Now you just have unlimited access to everyone in your age group, and all of these celebrities and all of their lives.”
This access comes at a cost, Staples believes.
“You do have so much more pressure to be like these TikTok stars or Instagram influencers,” she said. “There seems to be a lot more social pressure.”
This is extremely prevalent for girls. Societal beauty standards have always been there for teenage girls, but social media seems to have exacerbated the problem.
Nicole Lambert, a senior at Amherst High School, said she is “constantly seeing these images of perfect girls every time I look at my phone. Growing up, I always thought I was supposed to look like that. You never see any of their imperfections.”
Constant comparison, even at a subconscious level, has negative effects on mental health, especially for impressionable young people.
In an article produced by the BBC, Kelly Oakes wrote, “A systematic review of 20 papers published in 2016 found that photo-based activities, like scrolling through Instagram or posting pictures of yourself, were a particular problem when it came to negative thoughts about your body.”
Social media is supposed to bring people together, but Nicole thinks otherwise.
“People have a lot more friends now because of social media but those relationships, I would argue, are a lot shallower,” she wrote. “Instead of making a one-on-one connection with someone by having a real conversation or meeting up with someone, we just send selfies back and forth.”
Nicole, like many, is concerned with how this will affect the world as teens get older.
“I definitely think it will impact deeper personal relationships,” she said. “With social media we can see so many more things and so many more people than we were meant to see. So, I think a lot of people always have this thought that there will always be something better out there, a better job, or a better partner. I think this will all lead to people living less content and happy lives.”
Social media has also impacted the way romantic relationships are approached.
Mabel Tulay, a senior at Amherst High, said she thinks social media, “especially dating apps and even Snapchat, has made sex a lot more casual. Dating apps aren’t all bad, and they can be a good way for people to meet each other, but a lot of the time they are used by people that are honestly just too young to be on them, and they get used [for] different purposes.”