Should The StuBop Stay Open Later? 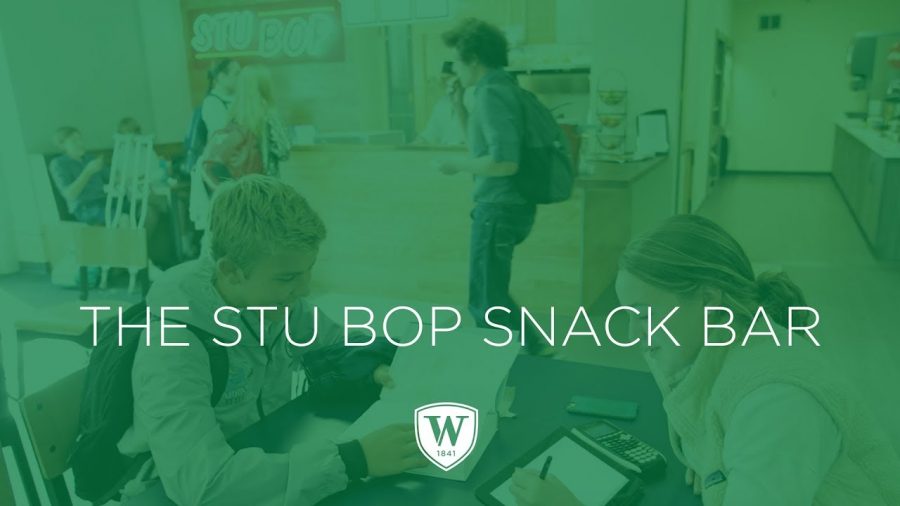 Everyday after school at 3:00 p.m. students crowd the StuBop, the on-campus snack bar in Reed, trying to fit in a snack before afternoon activities. Students love the StuBop food and often order breakfast there during H period, a 20-minute block between the first and second classes. Students also like to come throughout the school day during free periods to grab a quick bite to eat.

The smell of fried food lures hungry students into the StuBop throughout the academic day, but some students would like to have the StuBop stay open later to satisfy late-night cravings.

Max Kim, a senior from Seoul, South Korea, wishes there was an on campus food option after afternoon programs.

“It’s limited out there: Domino’s, Antonio’s are the only options,” he said. “We know that the StuBop is good and I will definitely go if they are open at night.”

Michele Fasoli, a StuBop employee for seven years, wouldn’t want to work the later hours that would be required if the snack bar were to stay open late.

“I prefer working days, the earlier the better for me, but if later hours was an option I think we would be able to bring in certain people that would prefer those hours,” she told The Willistonian. “I wouldn’t like it, but other people don’t like to get up early.”

“This year is actually the first time in StuBop history that it brought in a profit,” she explained “We’re [at around] $110,000 right now of sales this year, so we met our quota that the bosses wanted us to meet, so now to the end of the year we’re exceeding the expectation, which is good.”

Like many, Jakob Frates, a post-graduate from Athens, Georgia, finds himself hungry during and after study hall. “I always find myself scrounging around and I wish that the StuBop just had a couple of things out that we could just go get, just like little snacks,” he said. He has a solution to the staffing issue that he thinks will increase Stubop revenue as well.

“There is too big of a gap between the afternoon activity time,” he said. “The StuBop staff aren’t just gonna sit around and do nothing, so maybe we could pre-order stuff and then just go pick it up when it’s convenient for us. That’s just pure cashflow and profit.”

Jack Morrison, a Junior from Winhall, Vermont, likes the StuBob in its current set up.

“I think the StuBop has a perfect schedule as is. Optimal for students during the day to get a nice breakfast, and it’s to go,” he said. “The StuBop isn’t supposed to be a primary food option, it’s supposed to be a second source to our already provided dining hall and the StuBop can kind of just fill in meals.”

“I think some people want the StuBop to be open more, but you’ve got to remember there’s only two people working there, I think it would be a lot for them, that’s a long day,” he said. “They get there at 8:00. Some people want them to stay later. I don’t know that’s asking a lot of the two people who work, there so I think their hours are good how they are.”