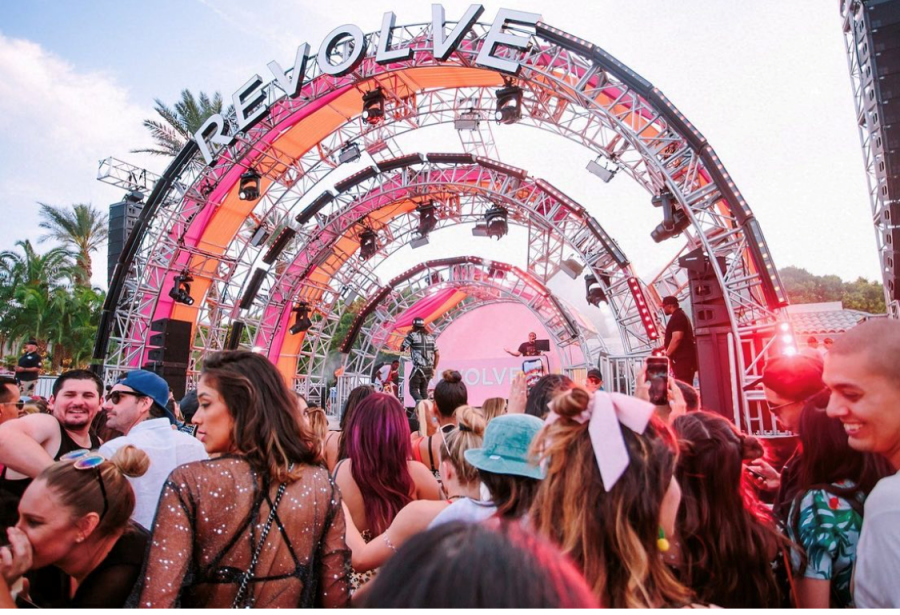 This year’s annual Revolve Festival is garnering unfortunate comparisons to the new infamous Fyre Festival, and it’s not a good look for the clothing company.

Revolve is a popular online shopping boutique that carries designer brands and sought-after trendy clothing and shoes, accessories, and beauty products. It caters to young females, and is also most known for its selection of dresses. The prices of items listed on Revolve can range from $50 to thousands of dollars. Since 2015 the trendy retailer has been holding a summer festival which coincides with the first weekend of Coachella, the music festival held in Indio, California over two weeks in April.

The festival, unlike Coachella, is invite-only. Except this year, the invite didn’t promise the exclusive experience many hoped for. Influencers say that there were too many invited attendees that made the festival reach capacity, and many people were not able to even attend the festival.

Maddie White, an influence with 2.4 million followers on TikTok, was invited to attend. Revolve paid her to promote the brand and festival on her platform. Revolve, in return, gave her access to the festival and $2000 to spend on a selective list of items from Revolve.

White posted a TikTok video on what went down with the Revolve festival and why she no longer supports the brand.

“I waited about two hours for a shuttle (to get to the venue).” she said. “After about two and a half hours of waiting in the burning sun, it was 90 degrees and there was no water, two members of staff for the whole thing, I finally made it inside the festival.”

White explained that there was a line of influencers who were also invited and promised the VIP package, but, as she explained, free drinks and only one slice of pizza with no shaded areas is not precisely VIP.

“There was also basically no shade,” she said. “Maybe tiny little areas for people to sit in. All of the real shaded areas were for real VIPs, like Timothée Chalamet.”

White was not the only influencer who experienced this so-called “Fyre Fest 2.0.”

Joseph Kaps from Los Angeles Magazine tweeted the disastrous events as they went down in real-time.

“Influencers stranded in the dirt with no water, under the hot sun for hours, waiting for buses that aren’t coming to bring them to actual festival,” he tweeted. “Tthere were alleged fights, screaming, everyone is dizzy.”

An anonymous Revolve employee posted a statement on their Instagram story, which didn’t exactly help the company.

“You are either bringing us impressions, media coverage, sponsorships, or you be standing outside bye bye byeee,” they said.

Later, Revolve put out a statement with E! News apologizing and explaining the festival’s troubles.

“We sincerely apologize to all the guests who were impacted,” they said. “We always strive to provide a great experience and we promise to do better.”

“I feel like big companies like that know what they’re doing and are smart enough to anticipate things such as supplying water for two hour long lines in the desert,” she said. “The fact that they didn’t just shows they value fake curated content and not the people.”

She empathizes with people who thought they would have a good time amid the disaster.

“I think that going into it, these influencers did not think it was gonna turn out the way they did. I don’t blame them for going because they were promised VIP and special treatment,” she said. “But I think after hearing about the first day and what happened, I would not have gone back.”