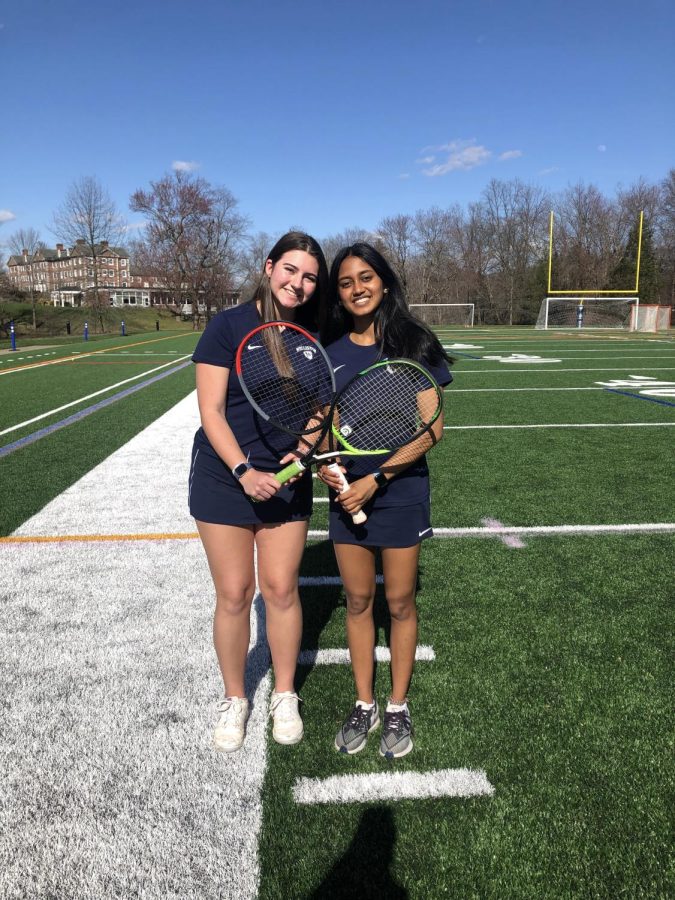 After many long months, the brand-new tennis complex at Galbraith is near completion.

The ten new tennis courts are guaranteed to last for 20 plus years without cracking, unlike most hard courts in New England. Tremendous effort and finances have been put into this project. Unfortunately, several obstacles prevented the complex to be completed for the 2022 season.

Mark Conroy, the Director of Athletics at Williston, explained some of these conflicts, starting off with supply chains disrupted by the pandemic.

“The work was 90% completed last summer/fall but the final step is applying a topcoat surface that requires a certain air temperature for a number of days before it can be applied,” Conroy said. “The company worked throughout last summer and fall but, unfortunately by mid-November, they knew that it would not be completed until this coming late May.”

Unfortunately, Williston Buildings and Grounds Crew could not control the weather, and the early rain pushed the timeline back. For these specific courts, the air temperature must be a minimum of 50 degrees for two weeks for the final layer to be put on.

“It’s just not a matter of painting the concrete,” he said. “There’s about a 3/16th of an inch coating that goes over the top of those, and its temperature dependent for it to work,” he explained. “When it was being put in, in the end of the fall, it got too cold to do it and obviously right now our temperatures over a two-week period aren’t going to be anywhere near that 50-degree mark.”

Zewinski estimates the project will be complete sometime in June.

The new courts—once completed—will be the top-of-the-line. They are “the best money can buy,” Josh Rilla, Boys Varsity Tennis coach said. “I feel grateful for that investment in the future of the tennis program.”

Zewinski spoke to the state-of-the-art construction of the new courts.

“It’s called post-tension concrete. So it is one massive slab. That’s what all the ten courts are now,” he said. “There are cables that go through one side of the court to the other. All just hundreds and hundreds of feet of cables and a day or two after the pour, they would come in and they would put tension on these cables. Make basically a big monolithic slab.”

The vendor, Classic Turf, provides reassurance and claims that “if we could get a helicopter to lift that slab up, it would pick it up and you could put it anywhere that you wanted it. These courts are coming with a 20-year guarantee not to crack. This aspect sets the Williston Northampton School’ tennis complex apart from any other in New England.”

Melissa Brousseau, the Associate Director of Athletics, highlighted the tennis team’s enthusiasm despite the inconvenience presented to them.

“I’m very proud of our coaching staff and athletes in all sports this year, as they continue to make adjustments for things out of their control,” she said. “With tennis in particular – being on the road for all games is difficult and it takes sacrifice. I’m amazed at the positive attitudes and Willy spirit I’ve seen with the tennis program on the whole!”

Senior Captain Praghya Raja is keeping her fingers crossed that the 15 seniors will be able to share their senior games with friends from school.

“Hopefully, we can set up a fan bus for our last game of the season for friends to come to watch and support us,” she said.