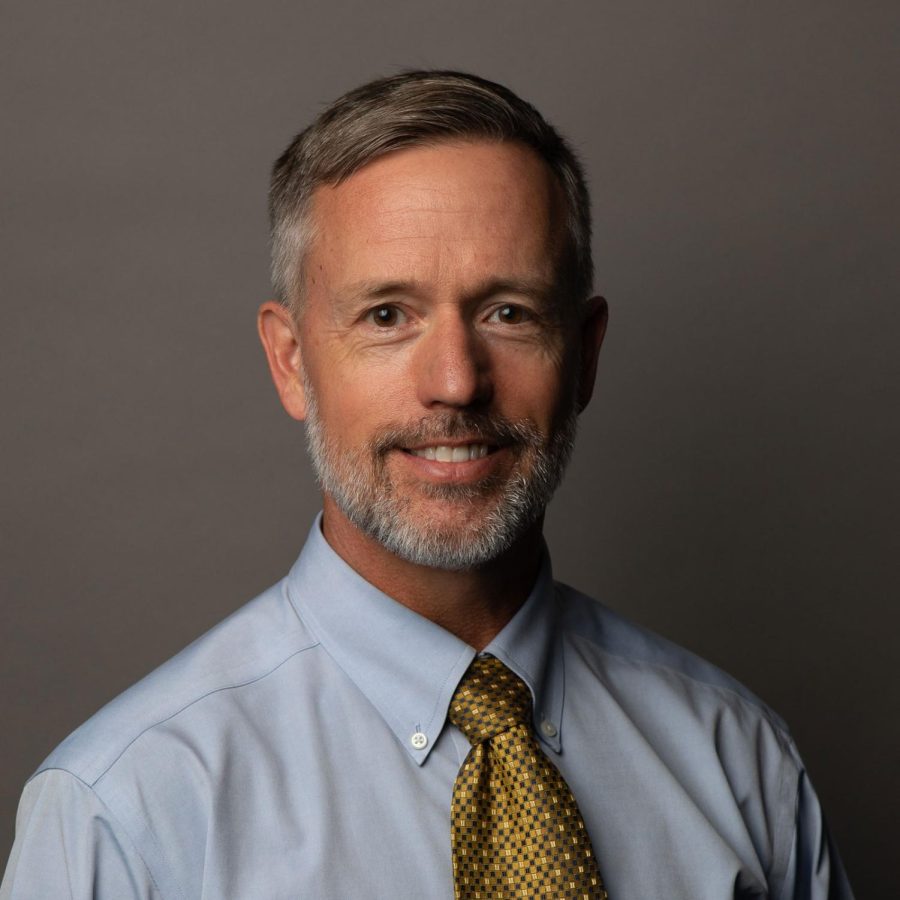 Michael Doubleday, according to all the students who spoke to The Willistonian about him, can make students feel comfortable in class while still pushing them to become better students. The legacy  Doubleday has set in the classroom, on the field, and on the pool deck is one students continue to cherish.

Kat Livingston said Doubleday has increased her confidence as a student.

“I always felt comfortable in his class, and I never felt like I was going to be judged by him when I wanted to speak up,” Kat, a senior from Watch Hill, Rhode Island, said. “He is a large reason why I now have so much confidence in the classroom.”

Before entering his teaching career, Doubleday attended Colby College. He started his private school career at Eaglebrook School in Deerfield, where he taught for six years, and where still continues to work at their summer program. After teaching at Eaglebrook, Doubleday and his wife moved to Fountain Valley, Colorado, where he worked in the admissions office at Fountain Valley School of Colorado.

“When we ended up moving back to the area I knew I wanted to come to Williston because I knew it was the type of community I wanted,” he said.

Doubleday was initially hired as a part time coach at Williston but was then later hired as a full time teacher. He now teaches U.S. History, African American History, and Contemporary World Issues, as well as coaching football and swimming. He has been at Williston for 13 years.

As a teacher, he has inspired many to work hard while still having a good time in class.

Junior Jack Coscia said, “Mr. Doubleday has a great balance of seriousness and fun within his classes, which makes you feel more involved in the class and with his teaching. Personally his teaching has made me dig deeper and work harder.”

Doubleday feels students, not the teacher, should be at the center of class.

“My philosophy of my classes is that I want it a student-centered class, were the students are very engaged in the process of being historians,” he said, adding that his classes are largely interactive

Kat Livingston said Doubleday has made her enjoy history when, in the past, she always figured she was “never good” at it.

“I never really enjoyed it, but when I took Mr. Doubleday’s class he made it very fun and it actually made me enjoy the subject,” Kat said.

Senior Benning Johnson said felt that Doubleday gives his full time and energy to his students.

“I have taken African American History and Contemporary World Issues with Mr. Doubleday, and I have had so much fun taking those classes with him,” Benning said. “He really takes the time to get to know his students, and also finds a way to be really funny and connected with them.”

Senior Ella Mattocks has seen Doubleday’s positive attitude carry over from the classroom to the pool deck.

“Mr. Doubleday is truly a very positive person, and always has a positive outlook on life and on the pool deck,” Ella said. “Every conversation that I have had with him has been a positive one.”

Senior Jack Haddad, who was on the swim team when they won the NEPSAC Championships in 2020 and 2022, feels Doubleday was a reason their team was so motivated.

“Mr. Doubleday has always been able to create a very positive environment on the pool deck, which motivates our team,” Jack said.