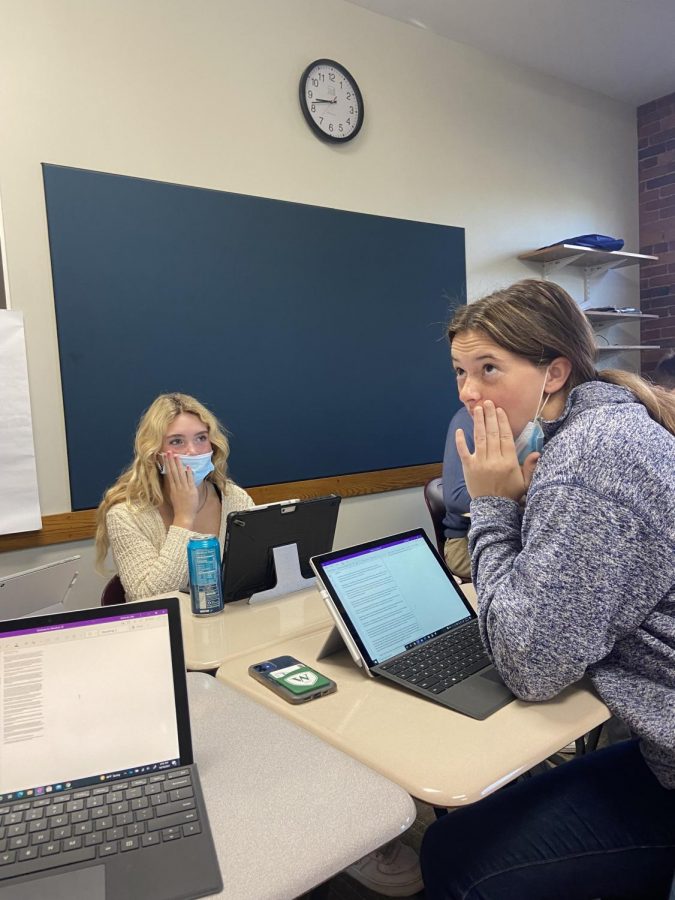 Gossip makes its way around every high school, and Williston is no different. At most non-boarding high schools, students spend between five and eight hours per day on school grounds, while at Williston, residential students are on campus for every hour of every day. Naturally, gossip and drama make their way around the enclosed community at lightning speed.

Gossip on campus can range from things as exciting as ‘who’s dating who’ to the smallest things such as the grade your friend got on their Pre-Algebra test. While it is true some students are interested of the gossip surrounding their friends and classmates, the majority of students The Willistonian spoke to say that, although gossip is a prominent social factor of high school, they find gossip utterly unnecessary and unappealing.

Soleil Richardson, a two-year sophomore from Bermuda living in Memorial Hall East, finds that staying out of the drama is the best option.

“I feel that since we are all so contained on this campus, drama spreads like wildfire,” Soleil said. “A lot of the time the drama is ridiculous. It’s about stuff that’s not going to matter in five days, let alone five years.”

In many cases, gossip is not only spread during the school day, but can also be spread while students are off campus, through social media apps such as Snapchat and Instagram. It was also noted among many students that drama finds its place in apps such as Tik Tok and iMessage. However, a school is usually not allowed to take action on what a student posts on a social media app, unless that post falls under certain categories of speech not protected by the First Amendment.

The types of freedom of speech that are not protected by the First Amendment include, but are not limited to, child pornography, defamation, incitement, fraud, obscenity and true threats.

A recent Supreme Court Case, Mahonoy Area School District v. B.L, heard arguments surround a Junior Varsity Cheer member in Mahanoy City, Pennsylvania. This student was suspended as a result of posting a photo on her Snapchat using her middle finger with swear words against the Cheer team in her caption. The Supreme Court ultimately ruled in favor of the student; the speech neither “materially” or “substantially” affected students at a school, and, though the post was vulgar, it did not warrant a school suspension.

A sophomore living in Memorial Hall East, Caroline Aufiero, says that she tries to stay out of the drama, although there are times where she needs to be involved.

David Koritkoski, Associate Dean of Students, notes that drama is not something that only happens at Williston or only prep schools, but is inevitable anywhere you go.

“Drama and high school are synonymous with each other,” Koritkoski stated. “You can’t have one without the other.”

Although there is certainly gossip constantly spinning around Williston, Monique Lyons, a second-year residential sophomore from Bedford, Massachusetts, argues that Williston does not compare to other schools in terms of the amount of gossip. At other schools, such as smaller places, or places in more enclosed locations, gossip may be a much more prominent issue.

“We are less drama filled than other prep schools because we are less judgmental,” Monique states. “Money and social status are a big part of other schools, but here, people are kind. This is a welcoming community and if you are nice and respectful, no gossip or rumors are spread.”

“I don’t think the drama at Deerfield is terrible.” Anna said. “However, I do think it revolves around economic and social status more than other schools may.”