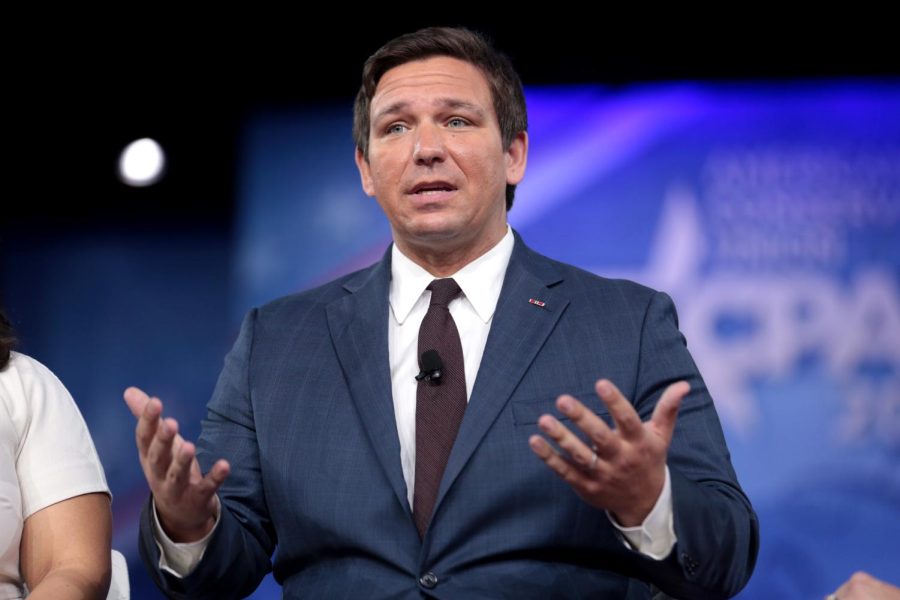 Florida state officials have come under scrutiny in past weeks, after the state of Florida prohibited a number of math textbooks from being taught in the state’s school curriculum, citing “woke content” in the textbooks, including references to Critical Race Theory and “Social and Emotional Learning.”

In a news release on Friday, April 18, the State of Florida announced a series of bans that rejected 54 math textbooks from being taught as part of the Florida public school’s math curriculum. Although officials cited several reasons in their rejection of these textbooks, the most frequently cited reason was references to “critical race theory or social emotional learning” in the textbooks, according to the Palm Beach Post.

While speaking at a press conference on April 18, Florida Governor Ron DeSantis told reporters that there were “a number of reasons” for the math textbooks being banned, including Critical Race Theory, which he believes should not be taught in schools.

Florida’s most recent ban on math textbooks is just one of several pieces of legislation enacted by the Florida government that have come under scrutiny in past weeks, leaving behind a storm of nationwide controversy.

Among the other bills recently passed by the Florida government restricting the curriculum taught in public schools is the “Parental Rights in Education” bill, which has become known as the “Don’t Say Gay” bill to many of its opponents. The bill, which was passed into law on March 8, attempts to restrict sexual materials in school, as well as the teaching of LGBTQ+ topics in the classroom.

The bill states that “Classroom instruction by school personnel … on sexual orientation or gender identity may not occur … in a manner that is not age appropriate … for students in accordance with state standards.” DeSantis claims the bill’s purpose is to provide parents with transparency regarding how their children are being educated.

However, due to the vague and general language in the bill, many believe that it could allow for the discrimination of members of the LGBTQ+ community, as it would limit what members of LGBTQ+ individuals could discuss about their personal lives while at school.

The Trevor Project, an organization focused on suicide prevention for LGBTQ youth, has condemned the legislation, saying that it erases “LGBTQ identity, history, and culture—as well as LGBTQ students themselves.”

And some believe that Florida’s rejection of math textbooks could have a similar effect.

Anna Eskamani, A Florida State Representative, fears that banning textbooks could reduce critical thinking in schools, even though DeSantis claims it would do the opposite.

Dana Goldstein, a New York Times national correspondent, thinks Florida’s emphasis on the “culture war” in schools rather than on student’s wellbeing is the wrong approach, considering the effect the pandemic has had on students’ mental health.

“Instead of coming back with a huge focus on getting kids up to par emotionally [and] academically, and bringing parents in as a support for kids who have lived through a lot the past two years, we’re seeing this huge focus in many communities on these culture war issues,” she said.

“It does call into question, for me, whether the classroom is just another front in this deeply divided and partisan political reality that we’re all living through.”