Can Drive: A Success Despite Challenges 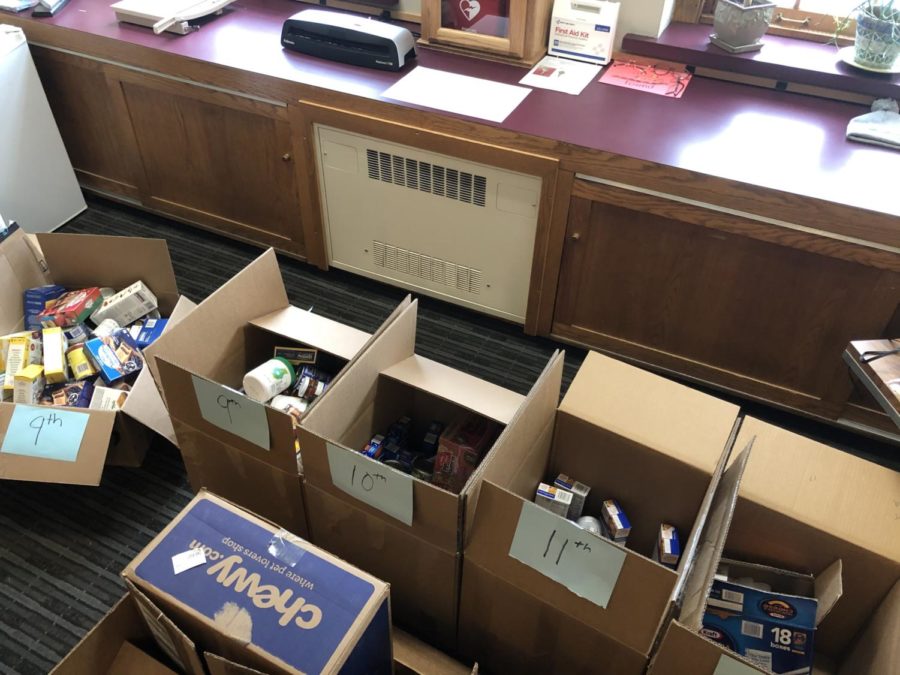 The annual Williston Can Drive is back and the results are in. What was originally planned to be a two-day competition on April 15-16 was extended to April 20 in order to account for the original success of the first two days. Altogether the school raised 629 food items and $1,363 to donate to the Food Bank of Western Mass.

Beyond the competition, the food drive helps give back to the Easthampton community and those living in it. According to the food bank website, “your gift will feed hungry children, families, and seniors throughout western Massachusetts. For every $1 donated, we are able to provide four meals.” Altogether, the Williston community raised 629 food items and funded 5,452 meals.

Linda Askenazi Mochon, a senior from Mexico City, Mexico, and co-leader of the community service club said the Can Drive is different this year, but donating still comes with a sense of reward and pride

“One of the things as a club that we avoid doing is asking people for money because it’s just not the best way to get a sense of accomplishment. I feel like helping someone goes beyond giving money, so it’s something that we don’t try to do,” she said. “But because of Covid, we can’t ask people to go get cans so it has given us a lot of restrictions on how we can help other communities.”

Typically, the “Fight for Food” is a competition spread over a few weeks, which heightens the competition and allows more time for donations. Despite challenges due to restrictions, students have pitched in as they’ve done in previous years

Riley Van Son, a sophomore from Lloyd Harbor NY, donated to the cause.

“I feel like every donation helps and it’s fun to have a class competition too,” he said.

Kate Garrity, the faculty advisor of the Community Service Club reflected that even though the collection period was shorter than normal, the community still came together to give.

“I think the response was great!” she wrote. “We had four days instead of our usual two weeks, so there’s no way to compare it to past years, but we raised a LOT of money and there is a huge amount of food to deliver.  Of course, I look forward to bringing back the longer food drive next year (one where everyone walks past the boxes in the schoolhouse twice a day), but I think this was an awesome effort and one that will truly make a difference for many families.”

In the future Garrity hopes to take the food drive to a new level, involving more direct student engagement.

“I would like to find a way, though, for our students to become more actively engaged in the process and more educated about food insecurity in the area,” she said.