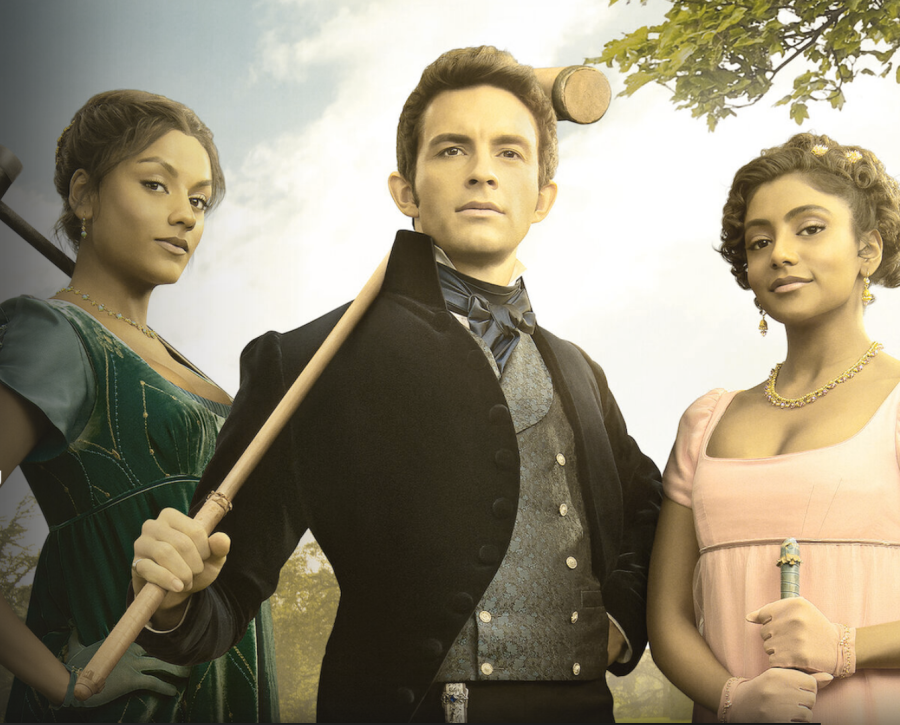 “Bridgerton” recently dropped a second season, and it is a hit.

Created by the popular production company, Shondaland, led by Shonda Rhimes, “Bridgerton,” a Netflix Original, is a look into the drama surrounding the social season in the early 1800s. The new season, currently number one on Netflix’s Top Ten list, stars Jonathan Bailey, Simone Ashley, Charithra Chandran, and Nicola Coughlan. The show is based on Julia Quinn’s novels from the “Bridgerton Series” depicting the rarely portrayed, racy sides of the “most romantic era in history.”

“Bridgerton” debuted on Christmas, 2020 and has since been nominated for 12 Emmy Awards, the show won a 2021 Emmy n the category of Outstanding Period And/or Character Hairstyling. Its second season came out March 25 of this year.

Dire Adeosun, a junior boarder from Nigeria, believe “Bridgerton” is the perfect combination of a period piece and a romantic drama.

“I like TV shows based on the olden days and I feel like it does a good job trying to incorporate present times and the olden days,” she said. “I just feel like the drama is good.”

Jeremie Ng, a senior boarder from Hong Kong, agrees. “I think it’s a very creative show in the way it’s antique but so modern and relatable.”

“Bridgerton” depicts the life and relationships between a racially diverse set of characters, which is unusual for period pieces like it, which traditionally feature predominantly white cast members.

In a Netflix Q&A session, Rhimes said, “The idea that we don’t create worlds that look like the world that we live in, and that we create false societies where everybody looks a certain kind of way or is a certain kind of color or whatever, feels disingenuous to me.”

“It also feels like erasure,” she added. “We’re just not interested in erasing anybody from the story, ever. In Shondaland, that is how we do; that’s just how we tell stories. While it’s important for ‘Bridgerton’ it’s important for every story being told. When you’re watching television, you should get to see people who look like you,” she said.

Hana, a junior from Round Rock, Texas, liked Rhimes’ choices for the new season.

“I thought the characters had a lot more depth and I thought that they did an excellent job with the portrayal of the Sharma sisters and their culture,” Hana said.”

Connor Hagness, a senior from Madison, Conn., appreciates the realism in Rhimes’ writing and portrayal of the characters.

“A lot of times shows like that are uptight and boring, but Bridgerton is actually interesting and dramatic,” he said.

Adeline Hume, a senior faculty student with family ties to England, is an avid Bridgerton fan.

“I love the show! Super fun,” she exclaimed.