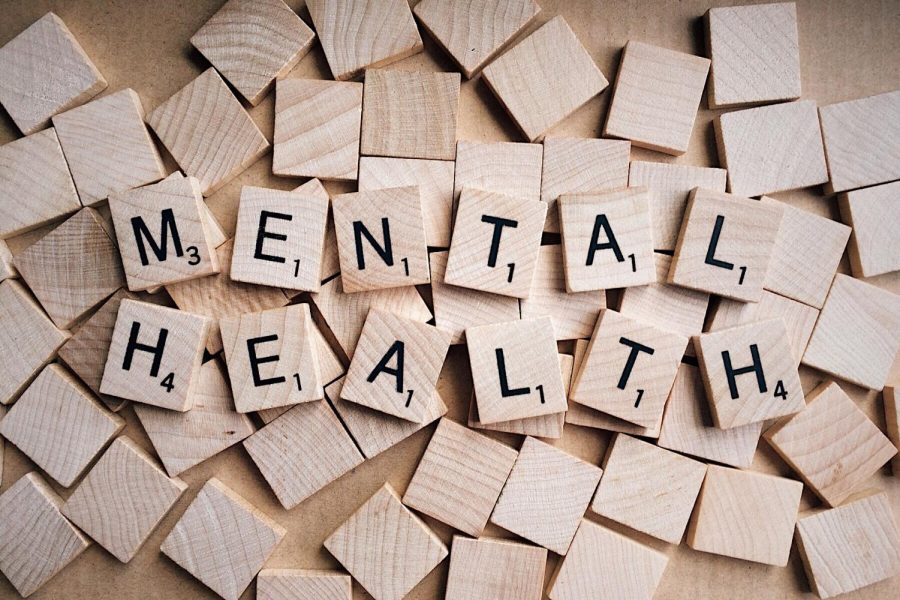 Athletes, more than ever, need to seek resources after many mental health related suicides.

After several recent suicides, such as Stanford’s Women’s Soccer goalie Katie Meyer, and Lauren Bernett, a softball player from James Madison University, it’s time, now more than ever, for young athletes to talk about mental health and seek the help they need.

People look up to athletes, and often don’t see their internal struggles, they only see the person on the field or the ice or the court. Meanwhile, athletes undergo a tremendous amount of pressure, and unfortunately, most of it comes from themselves.

Growing up, if a young athlete’s dream is to play college or professionally, it can be very hard to recognize that, once college is over, often the student’s athletic career ends too.

Dylan Webber shared his experience as a college athlete and the lack of resources he had at his former institution, New England College. [Editor’s Note: Dylan is the author’s brother.]

Dylan, 21, said he “started to struggle in my classes. I’m not trying to make excuses, but my personal life and mental state were not in the best place at the time.  I often found myself having to chase down a professor or a counselor to even make an appointment. I have learned from this experience; I am able to reflect on it now.”

Dylan later shared how his friends at NEC, a Division III program, became his support system, which helped him get through his first semester.

“I was knocked down a bunch during my first semester, but I always stayed determined, I know my worth and that’s probably my biggest strength, personality-wise,” he said. “I don’t want it to sound like I had nothing but bad experiences at my former school; I’ve made friends that I don’t want to lose touch with. Those relationships were important to me especially while I was there, they were an amazing support system.”

Dylan has now entered the transfer portal and will attend Keene State College in New Hampshire to play club hockey.

Ronan Stubbs, journalist for The Washington Post, acknowledged a spike in suicide numbers since the pandemic, in an article written December, 2020.

“Suicides among teen athletes have rocked several youth programs since the pandemic began in March, leaving parents and coaches scrambling — often from a distance — to help grieving kids in hopes of preventing more tragedies,” he wrote.

Tyla Taylor, Psychology teacher, attended Wesleyan University, and played D-3 volleyball, where there were many resources for mental health.

“I went to a D-3 school where they really preached that you were a student-athlete, with student being the first part of your title,” Taylor said. “The message was that our priority was our academics. At the same time, we were expected to be at early morning lifts, go to the gym right after our classes ended, be away on the weekends playing our sport, etc.”

Taylor said she feels conversations around mental health are getting more prominent, and rightfully so.

“They are being prioritized along with conversations that athletes are having about their physical well-being. In my experience, mental health conversations were brought up in safe environments with trained student or faculty facilitators,” she said.  “I know this isn’t the case for all athletes, so I feel very fortunate that was my experience.”

Alex Tancrell-Fontaine attended Union College from 2012 to 2016, where she played D-1 Ice Hockey. She said these conversations around mental wellbeing weren’t being had.

“Mental health conversations were not necessarily something that was openly talked about on our team,” she said. “We knew that there was the health center available to go to. Our coaches were supportive and encouraging to use the supports we had around us however, we did not have open conversations as a team about mental health.”

Tancrell-Fontaine went on to talk about the pressure of being a D1 athlete, especially on the Women’s team, who in some ways had to play in the shadow of the national championship-winning Men’s team.

“In covert ways, I think we, the women’s team, had pressure to find more success every passing season,” she said. “I also think that I put a lot of pressure on myself to perform. I wanted to be the best teammate, player, student, and friend I could be. This was really challenging while trying to balance practice, video, individual skills, team meetings, lift sessions, classes, extra help, studying, sleeping, etc.”