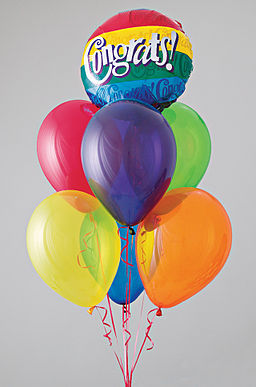 Being a child means, among other things, acting on impulse, whereas “adulthood” signifies maturity, independence, self-sufficiency, and an end to childhood. To say that a person can suddenly transform from one to another in the matter of a year is illogical.

While 17, a child can drive, donate blood, and live under the control of a legal guardian. After only 365 more days, one gains the ability to buy lottery tickets, be tried as an adult, be drafted to the military, and get a tattoo or piercing, among many other new freedoms. This sudden acquisition of responsibility can be very overwhelming for some soon-to-be adults, and while some are excited for the beginning of their future, others feel scared and want to remain a “kid.”

Furthermore, some believe adulthood is reached not at eighteen, but when a person stops being a child, which is different for every person.

Sarah Levine, an English teacher, believes self-sufficiency is the key to adulthood.

“I think someone becomes an adult when they are truly independent (including financially) and responsible for themselves and their choices,” she said.

Belén Degener, an 18-year-old senior day student from Southampton, Mass., believes responsibility is the biggest distinction between being a child and a grown-up.

Though she said this realization happened gradually, Belén said when she “started realizing that each of my actions were my own responsibility and I had to take accountability for my actions” was the moment she understood she was no longer a child.

Tyla Taylor, a Psychology teacher in her first year, explained the neuroscience behind being fully grown.

“Your brain, and particularly your frontal lobe, which is in charge of decision making and judgment, is still developing in your mid-twenties,” Taylor said. “Perhaps from that perspective, you’re not an adult until that rational part of your brain is finished developing, around age 25.”

Taylor believes adulthood, more than something one attains on a certain day, is an involuntary response to hardship.

“It’s when we face big challenges or adversity in our lives and really are forced to grow up,” she explained. “Often these moments are out of our control, and we have to rise to the occasion.”

Though everyone experiences a loss-of-innocence of sorts, and growing up is inevitable, the government claims a child officially reaches adulthood on their 18th birthday. Connor Hagness, a senior boarder from Madison, Conn., said he felt the pressures and expectations that came upon turning eighteen.

“It feels like I have to be more responsible, as technically I am now a ‘legal adult,'” Connor said, adding that now he feels he has to think about “real world” things like college, getting a job, and moving.

Similarly, Belén said she feels the anticipation that, now that she’s 18, “something is supposed to feel really drastic and different.”

However, some people believe true adulthood is reached later in life, and is based more on individual experiences than a number.

Levine did not feel like an adult until attending graduate school at 21, she said.

“I was trying to balance multiple jobs, attending classes, making a lot of art, paying rent, [and] eating a lot of grilled cheese sandwiches,” she said. “I felt exhilarated.”

Karleen Schaffer, a Math teacher, felt moving away from her family was the greatest signifier that she had become an adult.

“I definitely felt like an adult after I left college and moved 11 hours from home,” she said. “I didn’t know anyone in the area and had to make all decisions on my own with just their advice.”